Proactive Cybersecurity for the Education Sector

The solution selected to monitor the network perimeter of the U.S. Department of Defense is now available for the education sector. Universities and colleges can utilize this solution as an affordable managed service subscription. 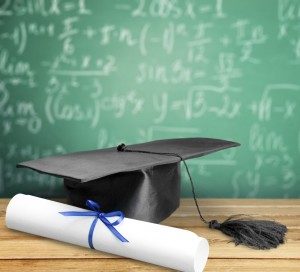 According to Homeland Security, hackers are now targeting universities and colleges, which are increasingly vulnerable to cyber attacks with their complex networks, tens of thousands of registered IPs and limited or non-existent real-time visibility of their connected devices.

Privacy Rights Clearinghouse reports that this sector now accounts for 17 percent of all reported data breaches, ranking second only to the medical industry with 27 percent. Last fall, NBC revealed that 550 universities experienced some kind of data breach between 2013 and 2015, with five in 2014 greater than the infamous Sony hack. Since then, the numbers have grown to include dozens of reputable institutions such as Harvard, Stanford, Berkeley, Penn State, Auburn, Carlton College and Michigan State University, where a recent breach and theft of thousands of names, identification and Social Security numbers will likely cost the university millions of dollars in addition to the unquantifiable financial and psychological damage to individuals.

Disregarding the fact that student information is protected by federal statute, hackers are searching for lucrative bytes such as employee financial information, retirement account numbers, bank account numbers and, in some cases, student and employee health information. Particularly for universities operating police and fire departments and medical and hospital systems, which are subject to strict regulatory compliance, there is a critical need for preventive, proactive and protective cybersecurity solutions.

From Prevention To Protection

The Foundation of Network Security is Visibility

Cytellix®, the leading proactive cybersecurity managed service provider, has developed the only solution in the industry that can assess, identify and detect known and “unknown” threats in any enterprise environment while providing complete network visibility. Focusing on small and medium-sized businesses (SMBs), Cytellix specializes in comprehensive cyber assessments, network intelligence, behavioral analytics, remediation and security services. The cybersecurity division of Information Management Resources, Inc. (IMRI), Cytellix, includes a team of experts who analyze traffic and behavior of over 7 million IP addresses for organizations of every size in every industry, including healthcare, higher education, finance, banking, law, municipalities, government and manufacturing.

Get in Touch Today and Schedule Your Assessment
Schedule Assessment

The First Line Of Defense

Cytellix’s scanning services continuously monitor network connections and activity, serving as the first line of defense in identifying and addressing potential threats, while ensuring continuity through any changes. Providing proactive cybersecurity situational awareness with complete visibility of complex networks, Cytellix safeguards colleges and universities—and their vast web of connected devices—with continuous monitoring of threats, while maintaining compliance with a range of regulatory requirements such as PCI DSS, HIPAA, NIST and FERPA among others.

The Cytellix solution set provides comprehensive, organizational cyber vulnerability assessments as well as real-time continuous monitoring for network health management. With leading-edge scanning technology, Cytellix can evaluate and identify any network leaks or “unknown” assets and their posture along with threat prevention recommendations and optional remediation services. Typical cyber threats identified include data leaks, segmentation, rogue connections, bad actor site connections and high-risk open ports. Cytellix solutions deploy a cloud-based, agentless sensor that jointly determines and monitors the total state of a network, including individual connected devices as well as the effective topology of the network itself. These subsystems create a sensor network that collectively reveals both nominal and nefarious behavior throughout, with moment by moment awareness and notifications, particularly of unexpected behaviors and changes.

Close the Gap with Cytellix

Backed by decades of research and intelligence, Cytellix closes the gap between known and covert threats in any environment, with scalable, best-in-class solutions delivered as cloud-based, managed services offerings that makes security and compliance simple for small businesses. This robust offering is delivered and supported by some of the most experienced cybersecurity experts in the nation. Cytellix provides Tier 1 and Tier 2 support, and helps small and medium-size universities accurately visualize their networks, analyze risks and recommend appropriate remediation, with an optional Cytellix service implementation offering.